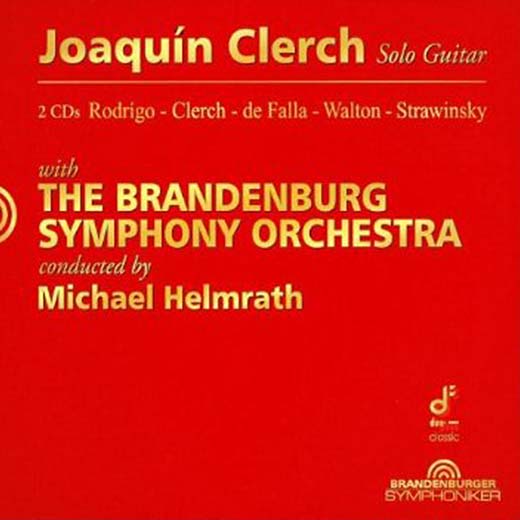 
When Cuban guitar player Joaquín Clerch strokes, taps and plucks his guitar, he performs high-level magic. Having studied at the Mozarteum in Salzburg and other music schools, this award-winning virtuoso is considered the leading guitar player of his generation. Together with the Brandenburg Symphony Orchestra, he has brought his linear playing and his melodic clarity to a new level of expression and sound.
Reference: Duo-Phon Classic 2008